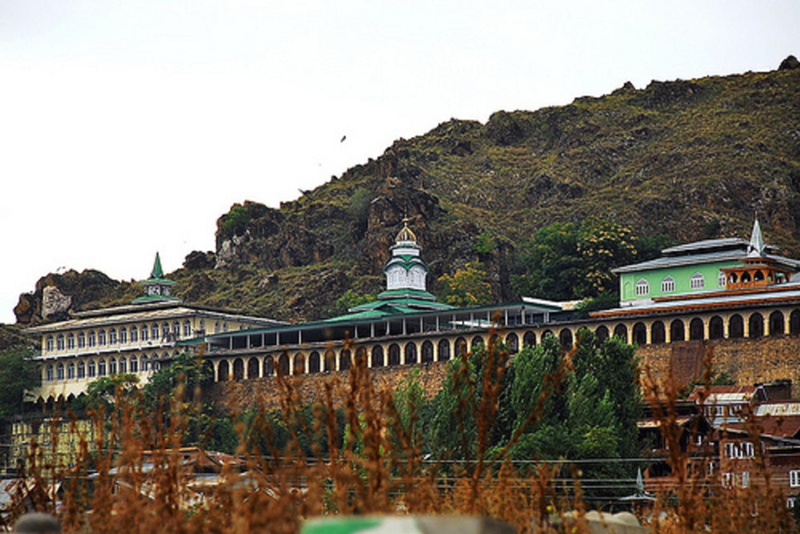 Hamza Makhdoom Kashmiri, popularly known as Makhdoom Sahib (c. 1494 – c. 1576), was a Sufi mystic, scholar and spiritual teacher living in Kashmir.He is sometimes referred to as Mehboob-ul-Alam (literally, “lover of knowledge”) and Sultan-ul-Arifeen (literally, “king of those who know God”).

Hamza Makhdoom was born in the village of Tujar Sharief, Kashmir. His father was called Baba Usman and came from a Chandravanshi Rajput family.According to tradition, teenage Hamza Makhdoom studied in the Shamsi Chak monastery for a year, and later studied jurisprudence, tradition, philosophy, logics, ethics and mysticism in a madrasa founded by Ismail Kubrawi.

A prolific scholar and spiritual preacher, Hamza Makhdoom adhered to the tradition of Jalaluddin Bukhari.He directed his teachings specifically to the followers of Shia Islam, and under his influence a part of Kashmir’s population converted to the Hanafi fiqh.

He died in Srinagar. His shrine there, located on the southern slope of Hari Parbat Hill and popularly called Makhdoom Sahib or Hazrat Sultan-ul-Arifeen, is an important pilgrimage centre in Kashmir.

Scroll back to top